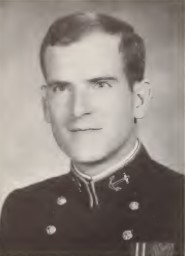 He was born September 19, 1947, in Dallas, Texas to the late Ernest and Ruth Anderton. He graduated from The United States Naval Academy in 1970 and was commissioned an Ensign in the United States Navy. He proceeded to earn his "Wings of Gold" in Kingsville, Texas and went to serve his country faithfully in the venerable A-7E Corsair II.