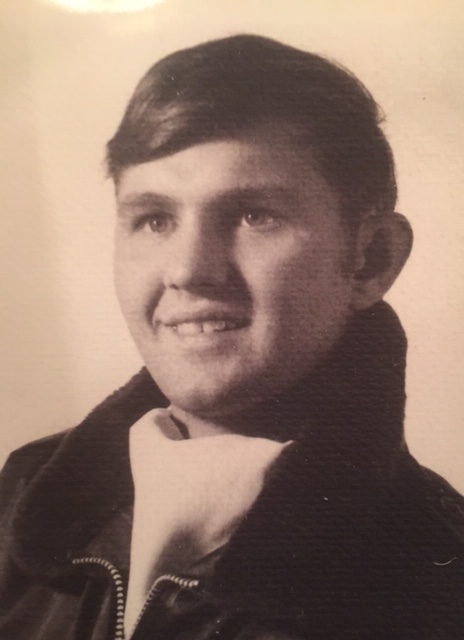 Russell Paul Susio was born December 31, 1948 in Baltimore, Maryland, the oldest of three children. He was an honor student at Baltimore Polytechnic Institute (aka “Poly”) and was awarded several college scholarships, but his heart was set on the Naval Academy. Against all odds (being “third alternate”) prayers were answered and he was admitted to the class of ‘70 during the summer of 1966.

Russell majored in aerospace engineering and was regularly on the Dean’s list and the Superintendent’s list. He loved the Naval Academy. His family and his high school sweetheart, Barbara, loved having him close by. Barbara has fond memories of weekends in Annapolis and at the annual Army-Navy games in Philadelphia.

In early 1969, Russell and Barbara were married. USNA did not permit that. Although others married secretly, remained at the Academy and graduated, Russell did not believe that was the honorable thing to do. He told his superiors and was forced to resign and serve as an enlisted man in the Navy. Leaving the Naval Academy was devastating to him.

Russell was stationed at Quonset Point, Rhode Island where he was part of the Antarctic Squadron known as Operation Deepfreeze. He spent two tours in Christchurch, New Zealand before receiving an honorable discharge in February, 1971.

Russell was killed in a car accident on his way home from work in the early hours of January 1, 1972, just hours after his 23d birthday. He was survived by his wife, Barbara, two-year-old son, Russ, and one-year-old daughter, Juliet as well as his parents, sister and brother.

Today Russell’s legacy includes his son and daughter as well as two granddaughters and two grandsons. His intelligence and sense of humor shine through in all of them. They are all terrific human beings of whom he would be very proud! His children were too young at the time of his death to remember him. Barbara still misses him every day.