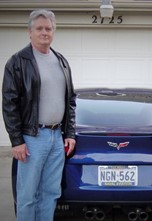 Thomas Joseph O'Leary, age 74, passed away peacefully at home March 9, 2022, surrounded by his loving family in Plano, Texas. He was born on November 18, 1947, in Des Moines, Iowa to Thomas and Alma O'Leary.

Thomas was raised in Des Moines, Iowa. He graduated from Dowling Catholic High School with an appointment to the United States Naval Academy and graduated in 1970. He served the Navy for 13 years as a Fighter Pilot and Navy Lieutenant. He resigned with an order to become a Top Gun instructor. He received the National Defense Service Medal.

He became a commercial pilot for several airlines and retired from American Airlines (1986-2007). After his retirement, he worked part time as a pilot instructor at CAE SimuFlite Inc. Thomas married the love of his life, Denise Preston, in 1989 and they have three children. He always put God and family first. He enjoyed traveling, skiing, telling stories, and listening to music in his patio screen room.

He is reunited in heaven with his parents, Thomas and Alma O'Leary.

He is survived by his wife of 33 years, Denise; two sons and their spouses, T.J. and Julie O'Leary, Charlie and Nora Voltron; daughter and her spouse, Kristen and Nate Dickey; and 5 grandchildren (Abbey, Tommy, Vivian, Scarlett and Max); brother and his spouse, James and Carol O'Leary.