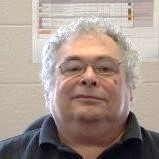 Clarence Wilber Mayott, III was born June 15, 1948 to the late Clarence W. Mayott, Jr and the late Beverly (Jacques) Mayott. He grew up in Avon, CT and lived most of his life in the greater Hartford, CT area. He graduated from Avon High School, Avon, CT, where he received an appointment to the Naval Academy in June 1966.

At the Academy, “Jay” was best known to all the Brigade as the "Smilin' C. W." on WRNV radio. He was one of the few who felt boats "were not all that bad," and spent a year and a half in the YP Squadron. "Terry," as he is known in his hometown of Avon, Connecticut, preferred the New England States and their snowy winters. His room was always filled with sounds, creating a musical "melting pot" ranging from the big bands of Ferde Grofé to the songs by the Association. Jay decided on the Destroyer Navy for his service selection and hoped for eventual shore duty in Antarctica.

Jay resigned his Navy commission in 1975 and decided to focus on expanding his intellect in multiple fields of academics. He returned to the Hartford area, enrolled in the University of Hartford and received a Bachelor’s Degree in Mechanical Engineering in 1977. He followed that up with enrolling in graduate school in Clemson, where he received Master of Science in Engineering in December 1978. Jay went on to earn a Master of Science in Bioengineering from Clemson, in 1986, which was based on research in the kinematics of the knee. He followed up his two Master’s Degrees with a Doctorate in Mechanical Engineering from Rutgers University in 1986, where he successfully defended his doctoral dissertation on “Three Dimensional Reconstruction of CT Bone Scans with Bone Density Parameter”.

Jay was a highly qualified and experienced Mechanical Engineer with a strong background in biomechanics and biomaterials as well as patent analysis. He developed a focus on intellectual property using risk analysis and scientiometric analysis. His specialties included advanced training and aptitude in mechanical, computer and biological sciences. He also had expertise in training and the utilization of advanced applied mathematical techniques and CAD training. He taught numerous scientific projects in biomechanics, biofluids and biomaterials. He developed exceptional laboratory testing practices and protocols, while managing a major research laboratory. During his career, Jay produced and managed numerous multi-million dollar budgets with significant equipment purchases for testing and research.

Jay worked in numerous fields and locations during his post-Navy career. He taught at New Jersey Institute of Technology (1987 - 1996) where he was a doctoral thesis advisor for numerous candidates. He was a Structural Designer at General Dynamics Electric Boat, Groton, CT from May 2002 to Feb 2005. He served as a Project Analyst at Nerac, Inc. in Toland, CT, from May 2005 to August 2008. Jay was also an Adjunct Professor at the University of Connecticut in Storrs, CT from August 2008 to November 2010. He was Patent Examiner for the US Patent and Trademark Office from January 2010 to 2012. He followed that as an Intellectual Property Specialist at Ahlstrom (Windsor Locks, CT) from January 2013 to 2016. His final employment was as a Patent Specialist for Pratt and Whitney in East Hartford, CT from June 2015 into 2016 until he became too ill to continue.

Clarence Wilber Mayott III passed away on January 2, 2017 at his home in Ellington, CT. He was predeceased by his parents and two brothers Nason J. Mayott and Michael R. Mayott. He was survived by a sister in law, Sandra Mayott (wife of Nason) of Canton, CT; a brother, Robert H. Mayott of Houston, TX and a nephew and niece.