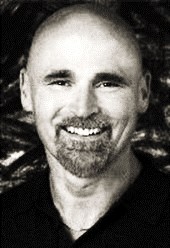 Robert F. Milewski, 55, retired Commander U.S. Naval Chaplain Corps from Seattle, WA was touched by the hand of God, Monday, January 26, 2004 in Mexico. His father, Frank, and mother, Dolores (Maciulewicz deceased 4/30/03) lived in Parma Heights, Ohio. The family will be creating a Circle of Love beginning in Cleveland, February 7, 2004 at Ripepi Funeral Home, Parma, Ohio. Proceeding to Seattle, WA his family will be joining in a Mass of Resurrection, Saturday, February 14, 2004 at 11 a.m. in the Chapel at the Jackson Park Community Center, 90 Olding Road, Bremerton, WA. where the West Coast will celebrate Bob's life works.

Born in Erie, Pa., April 12, 1948, Bob was an honors graduate of Cathedral Prep, 1966. He then accepted an appointment to the U.S. Naval Academy, Annapolis, MD that same year. After Academy graduation in 1970 with a degree in Chemical Engineering, Bob served several tours of duty including Vietnam.

Bob then requested to enter St. Mark's Seminary in Erie, PA for a calling to priesthood. Following additional studies at St. Mary's Seminary in Baltimore, MD, he was ordained at St. Peter's Cathedral in Erie, PA, December 1980. During the next 24 years Bob lived his priesthood in service to various communities throughout the world beginning in Warren, PA and continuing as a Naval Chaplain in Quantico, VA, Camp Pendleton, CA, USS New Jersey, Long Beach, CA and as Chief Chaplain aboard the USS Abraham Lincoln, San Francisco, CA. Bob received a presidential commendation for his contributions to his fellow servicemen and families. His most recent tour of duty prior to his retirement in 2003 was as Chaplain at the U.S. Naval Hospital in Bremerton, WA. He was lauded for his pastoral gift of uniting people together in community.